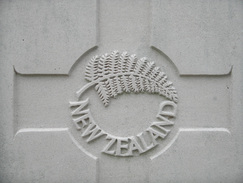 Bergen op Zoom War Cemetery
In this Cemetery there are 23 RNZAF war graves. 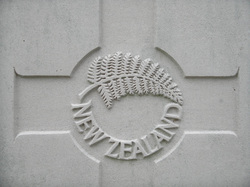 photo available shortly. Grave 3. C. 9.
W/C F. C. Cecil - 29216
Son of Walter and Aileen May Seavill, of Auckland City, New Zealand; husband of Helen Isabel Seavill, of Crondall, Hampshire.
Ventura II, AJ196/'EG-C' of 487 (New Zealand) Squadron left RAF Feltwell at 11.20 hrs in the morning of 6 December, 1942, for the daring low-level attack on the Philips radio and valve works at Eindhoven. Of the 93 aircraft sent on the Operation Oyster, 8 Venturas failed to return (3 from 487 Squadron; 3 from 464 Squadron and 3 from 21 Squadron, although one damaged aircraft from the latter managed to return to the English coast to ditch with the crew rescued). Four Bostons from 88, 107 and 226 Squadrons were also lost as was one Mosquito of 139 Squadron.
One of the New Zealand Squadron Venturas was captained by W/C Francis Cecil Seavill, a New Zealander from Auckland City but serving in the Royal Air Force. He was the first Commanding Officer of this unit, formed on the 15th August, 1942, and led the 16-strong element from his squadron on the Oyster mission. Over the German air base at Woensdrecht, AJ196 was hit by flak and crashed at 12.25 hrs in the south-eastern part of the airfield. All four crew were killed. The airmen were initially interred in a temporary military cemetery at the Wouschestraatweg, Bergen op Zoom, bit reburied at the Bergen op Zoom War Cemetery after the war's end: